SPENCE RETIRES AFTER A HUNDRED RUNS 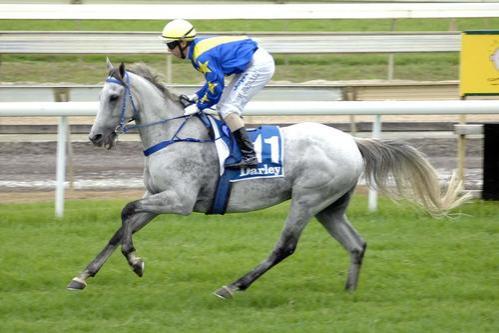 The Benchmark 55, 2100 metre race at Orange on Friday, 22 November, was seemingly unremarkable for most fans of racing, but for the devoted punter, it marks the hundredth run for the seasoned Aussie 'Battler', Spence, the 400 kilo, 14 hand racehorse, who has often been mistaken on race day at the tie-ups for a local pony club, pony.

However, to refer to this well-accomplished race horse as a 'battler' & 'pony' does not pay homage to his illustrious career. He initially caught the curiosity of racing fans in May 2008 when, after breaking his maiden at Newcastle racecourse in the 1850 metre race, he galloped to victory two weeks later in a benchmark 69, 2300 metre race, again at Newcastle, earning Broadmeadow's 'Bill Turner Memorial' Award.

Yet, Spence had not completed his campaign. He once again caught the attention of punters after his stunning victory at 90-1 at Kembla Grange Racecourse in the mile in June, 2010, and continued to climb the racing ranks to 'Royal Randwick'.

Corey Brown then steered 'the grey pony' to victory, in the 2400 metre race at the metropolitan racecourse in June, winning five lengths and setting a class record.

Instead of retiring to the paddock for a well-earned rest, Spence proceeded again to shock racing fans in August, when he came from behind, sprinting from last to pass the winning post, earning 'The Taree Cup' in August 2010; and again, put on a stellar staying  performance in May 2011 earning 'The Bathurst Cup', leading the field.

Stunning punters with a dramatic change in form from a Benchmark 47 to 77, within 6 races in two months, is an extraordinarily rare occurrence in Australian racing history. However, it was the grey  gelding's way of, clearly, stating that being trained out of a 'box' simply did not suit his training tastes.

Strong-willed and determined, the 'Laranto' gelding out of Danzero mare, out did even his Trainers', Cohen & Jiricka, wildest expectations. Unbeknownst to this unlikely partnership, a Czech and an American whose paths crossed pursuing their passion, their first pony who they bred, broke and trained, was just the beginning, of a glimpse, into the 'hallowed' halls of the Australian racing tradition.

Collecting $155,495 with 7 wins and 16 placings, the grey pony set the foundation for the enduring training partnership of Cohen & Jiricka; and the beginning of Sapphire Lodge Racing & Syndication. So,  when the gelding exited the racecourse for his final run after race 2 in Orange upon completing 100 gallops past the winning post, it  was the mark the end of an, albeit, surprisingly, remarkable career.